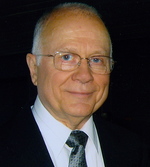 Bernard R. “Bernie” Dansart, 86, of Dubuque, passed away peacefully, surrounded by family, friends and an abundance of love, on September 14, 2019 at Hawkeye Care Center, of pulmonary fibrosis. Visitation will be from 9:15 to 10:15 a.m. Monday, September 16 at the Church of the Resurrection followed by the Mass of Christian Burial at 10:30 a.m. with Fr. Bob Beck officiating. Bernie will have a natural burial as a Franciscan Associate.
Bernie was born on June 2, 1933 in Chicago, IL, son of Edmund J. Dansart, a postman and Angela M. (Davidson) Dansart, a homemaker. He grew up on the south side of Chicago, the fifth of seven children, and attended St. Gall Parish School and De La Salle High School, both in Chicago, IL.
In 1951 he entered the Christian Brothers Novitiate in Glencoe, Missouri. He earned a Bachelors and Masters Degree from St. Mary’s College, Winona, MN, in 1955 and 1962 respectively.
Beginning in 1955, Bernie taught biology a various Catholic high schools. In 1972, he earned a Doctorate in Counselor Education from Northern Illinois University, DeKalb, IL.
On April 14, 1973, Bernie married Marilyn Neubert at Christ the King Newman Center in DeKalb, IL. In 1974, Bernie and Marilyn moved to Dubuque, where Bernie was a Professor of Counselor Education at Loras College, until his retirement in 2000, after which he continued as Professor Emeritus. During his years at Loras College he trained students who went on to become school counselors throughout Northeastern Iowa.
Bernie enjoyed a lifelong love of reading. In his younger years, he was a tennis player and long-distance runner, having participated in many tri-state area road races over the years.
Bernie is survived by his wife, Marilyn of Dubuque; children, Ann (Ravi) Hirekatur of Madison, WI and Philip (Meggie Borboa) of El Segundo, CA; grandchildren, Melkiya and Zerihun Hirekatur; brother, David (Mary Anne) Dansart; and sisters, Joanne (Raymond) Wagner and Rita (Tom) Madeja; sister in law, Elaine (Bill) Yoakum of Sugar Grove, IL; and many nephews, nieces and friends.
Bernie was preceded in death by his parents; brother, Edmund Dansart; sisters, Mary Jane Lehner and Patricia Cibach; and his dear lifelong friend, Joel Gorun in March of 2019.
Donations may be made to Christian Foundation for Children and Aging or the Sister Water Project.
For further information, please visit www.egelhofsiegertcasper.com.
The family would like to thank Marilyn Gorun, the friends who visited and prayed for Bernie and hosted us, Hospice of Dubuque, and the staff of Hawkeye Care Center.