To share your memory on the wall of Bernard Kennedy, sign in using one of the following options:

Provide comfort for the family of Bernard Kennedy with a meaningful gesture of sympathy.

We encourage you to share your most beloved memories of Bernard here, so that the family and other loved ones can always see it. You can upload cherished photographs, or share your favorite stories, and can even comment on those shared by others.

Ryan and Dawn Carver and Family

Ryan and Dawn Carver and Family purchased flowers and planted a memorial tree for the family of Bernard Kennedy. Send Flowers

Posted Nov 17, 2019 at 04:33pm
So sad to hear of the passing of Huck. He was a great man and will be missed by many. May our Lord bless and comfort the Kennedy family during this time of grief. Please accept our sincere condolences. Our thoughts and prayers are with you all.
Ken and Beth Frommelt
Comment Share
Share via:
MS

Posted Nov 17, 2019 at 04:27pm
Our connection to Huck was Benton WI and Nona. We first met Huck and Delaine when they would come to Carrollton Texas to visit Nona back in the 80's. After sharing stories we found that Benton was a common bond as my sister and nieces lived there, still do. They lived across the street from his friend Mr French. Mike remembers going bowling. I think we have pictures of him and Delaine sitting in our kit car. We are so sorry to here of his passing. He truly was from the greatest generation.
Mike and Mary Shaffer
19031 Lakeshore Dr
Tyler TX 75703
903 521 6769
shaffer19031@hotmail.com
Comment Share
Share via: 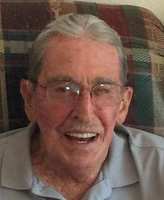