To share your memory on the wall of Charles Larson, sign in using one of the following options:

Provide comfort for the family of Charles Larson with a meaningful gesture of sympathy.

Posted Nov 16, 2019 at 05:42pm
Sending our sincere sympathy to Charlie’s family!
I worked with Charlie driving the trolley for the city of Dubuque. He was always a pleasure to work with. Gene Pfab
Comment Share
Share via:
GP

Posted Nov 16, 2019 at 05:41pm
Sending our sincere sympathy to Charlie’s family!
I worked with Charlie driving the trolley for the city of Dubuque. He was always a pleasure to work with. Gene Pfab
Comment Share
Share via: 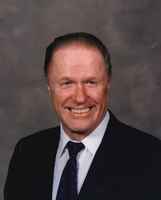