To share your memory on the wall of Charles Lee, sign in using one of the following options:

A Celebration of Life will be held at a later date, and will be announced. Egelhof, Siegert & Casper Funeral Home and Crema... Read More
Charles John “Chuck” Lee, 80, of Dubuque, passed away Friday, November 13, 2020, at Prairie Ridge of Galena.

A Celebration of Life will be held at a later date, and will be announced. Egelhof, Siegert & Casper Funeral Home and Crematory, 2659 John F. Kennedy Rd. is entrusted with arrangements.

Charles was born April 26, 1940 in Iowa City, IA, the son of Charles Henry and Genevieve (Ney) Lee. He married Virginia Burns on September 22, 1962 at 1st Presbyterian Church in Dubuque. She preceded him in death on March 13, 2000. Later in life, he married Jill Shanahan, and she preceded him in death on October 12, 2019.
He served his country with the U.S. Army. Chuck was employed at John Deere Dubuque Works for many years.

He was a man of deep faith, and he served as a deacon and elder on church session at 1st Presbyterian for many years. Chuck had a friendly personality, and was known to make friends wherever he went. He was an avid fan of the Cubs and the Bears, and loved John Wayne and Abbot & Costello. His sweet tooth was legendary, and he had a nickname for everyone. Chuck was a loving father who was always there for his kids, and enjoyed spoiling them. He was a bus driver for East Dubuque, which his kids thought was pretty great!

Later, he enjoyed being a grandpa, and had a special love for babies. He loved music and he would sing old songs and have a dance to go along with it. It always made people smile and laugh, especially his grandkids

In addition to his first and second wife, he was preceded in death by his parents; his daughter Lois Bergman; his grandson Jaden Scruggs, and his siblings, Anita, Roberta, Bobby, and Randy.
Read Less

Receive notifications about information and event scheduling for Charles

There are no events scheduled. You can still show your support by sending flowers directly to the family, or planting a memorial tree in memory of Charles John Lee.
Plant a Tree

Posted Nov 20, 2020 at 12:12pm
I got to know Chuck and Daisy because my Ziggy just loved Daisy. We were neighbors in Turnberry for many years. When Chuck or Jill was out with Daisy I would stop and talk. Chuck was such a kind and thoughtful man. It was evident how much he loved his family, Daisy, his country and sports! Our sympathy to Chuck's entire family. Sheila & 'Ziggy' Trapp - 609 Woodland Ridge

Posted Nov 19, 2020 at 03:10pm
Chuck was my next door neighbor on Woodland Ridge for 15 years and I could not have asked for a kinder or more thoughtful neighbor. My thoughts and prayers are with the family.
Sue Michel
Comment Share
Share via:
G

My sympathy to his girls and families. Also to the Shanahan boys. 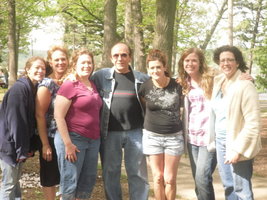