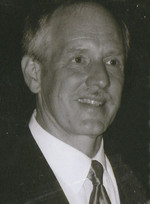 Dale was born May 23, 1954 in Dubuque, the son of John “Jack” Dale and Janet Louise (Chunat) Kenkel. He graduated as Salutatorian from West Dubuque High School. During his high school career, he was an excellent athlete, and held many school records. Brilliant in math, Dale went on to attend Loras College, graduating with his BA in Mathematics. He was an avid chess player, earning Master status, and teaching his children the game. Dale loved to compete and play all sorts of games, from card games and cribbage to all kinds of sports. Family was everything to Dale, and his happiest moments were spent playing games during family get-togethers.

He was preceded in death by his father, John “Jack” Kenkel; and several aunts and uncles who loved Dale very much.

Memorials may be made to the family.