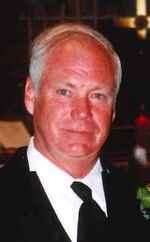 Darrel E. Comer, 72, of Zwingle passed away Monday, April 29, 2019. Visitation will be from 4 to 7 pm Friday at the Egelhof, Siegert and Casper Westview Funeral Home and Crematory, 2659 Kennedy Road where military rites will be accorded by the Dubuque Marine Corps League at 7 pm.
Darrel was born September 16, 1946 in Dubuque, son of G. Edward and Lylia (Schwaegler) Comer.
He graduated from Dubuque Senior High School and served in the US Army Reserves.
On November 16, 1968, he married Susan Avenarius in Dubuque.
He worked in farming and trucking.
Darrel enjoyed his grandchildren’s sporting events and Saturday morning breakfast with friends.
Darrel is survived by three children, Chad Comer of Madison, Wisc., Amy (Dennis) Felderman of Dubuque and their children, Connor, Carter and Hannah; and Jason (Sheila) Comer of Chicago and their daughter on the way; his ex-wife, Susan Comer of Dubuque; and four siblings, Betty Quade of Epworth, Lois (Don Christensen) Aurand of Florida, Jean (Bill) White of Eldridge, Iowa and Marilyn (Jerry) Shanahan of Dubuque.
He was preceded in death by his parents and two brothers in law, Kene Quade and Carson Aurand.