To share your memory on the wall of Donald Keller, sign in using one of the following options:

To send flowers to the family or plant a tree in memory of Donald E Keller, please visit our Heartfelt Sympathies Store.

We encourage you to share your most beloved memories of Donald here, so that the family and other loved ones can always see it. You can upload cherished photographs, or share your favorite stories, and can even comment on those shared by others.

Posted Oct 17, 2019 at 01:18pm
We are thinking of you during this difficult time. Our deepest sympathy to your and your family.

Flowers were purchased for the family of Donald Keller. Send Flowers

Posted Oct 16, 2019 at 03:52pm
Don is one of the kindest people I have ever met. He was always encouraging to me and my young children even serving as a sponsor to my son Christopher on the occasion of his confirmation. He was always so complimentary to me when serving as liturgist and we teased each other as we sat near each other during church services often and we said it was to "keep each other in line" . I am so sorry for the loss of your dad. I know how special he was and I will miss his presence every Sunday.
I wish I could be there for the services however I have suffered an injury that has left me to rest and will not be able to attend. Please know my thoughts and prayers are with you all. Don Keller was a great inspiration in so many ways. God Bless.
Most Sincerely,
Laura Becker Barrett
Comment Share
Share via:
SM

Posted Oct 15, 2019 at 09:53am
Thinking of you all as you celebrate the beautiful legacy that Don left as he truly lived out what it means to be a loving father and husband. 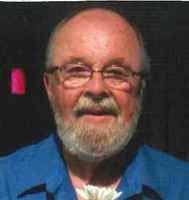