To share your memory on the wall of Dorothy Henry, sign in using one of the following options:

To send flowers to the family or plant a tree in memory of Dorothy Henry, please visit our Heartfelt Sympathies Store.

We encourage you to share your most beloved memories of Dorothy here, so that the family and other loved ones can always see it. You can upload cherished photographs, or share your favorite stories, and can even comment on those shared by others.

Michelle, Wyatt, and Jacob Henry and Karen, Kathy, and Craig Weiner have sent flowers to the family of Dorothy Henry.
Show you care by sending flowers

Losing a parent at some point in life is expected, but nonetheless sad. Joan and I wish we could be with you today to share in your grief Susie, Debbie, Linda, Jan, Jeff, Sally, Jay and Scott,

Thank you Uncle Pat and Aunt Joan. We missed you. It would have been wonderful to see both of you. We had good visits with family, friends, and old acquaintances that some of us hadn't seen for a long time. Love to you both. Jan.
MH

Posted Jan 06, 2020 at 01:01pm
"Dorothy Henry" will remain in our hearts forever. She was always so kind to us, letting us ride the horses. We have great memories of your mom.

Karen, Kathy, and Craig Weiner purchased flowers and planted a memorial tree for the family of Dorothy Henry. Send Flowers

Posted Jan 05, 2020 at 11:05am
I was privileged with making Dottie her favorite over easy eggs every morning for breakfast during her time at Sunnycrest. She always had a smile on her face in the early morning. My condolences go out to the Henry family, especially Joe and Patty.
Comment Share
Share via:
JD

Hi Sheila, this is Jan, Dottie's daughter in Texas. She told me how happy she was to get her eggs every day! Thank you.
PM

I have never seen a picture of Grandma Lucy and Grandpa Emmett at such a young age! I love this and thank you for posting it. Is there a balloon in Grandpa's other hand? 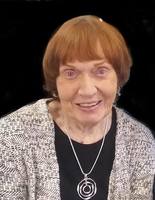 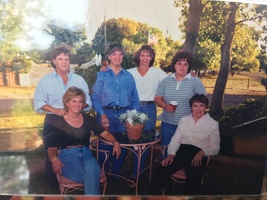