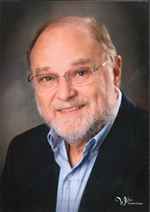 Dr. Jerry F. Ziegenhorn, 80, of Dubuque, Iowa died March 26, 2019. As per Jerry’s request there will be no services. Burial will take place in Florida at a later date.
Jerry was born in Independence, Missouri on April 1, 1938 the son of Forrest and Mildred (Garland) Ziegenhorn. Jerry moved to Amarillo, Texas when he was in the 10th Grade and went on to graduate from Amarillo High School in 1956. He married his high school sweetheart Judy (Burnett) Ziegenhorn in 1955. Together Jerry and Judy moved to Odessa, Texas where Jerry went to Odessa College on a basketball scholarship. Jerry moved his family to Independence, Missouri so he could continue his education at the UMKC School of Dentistry. He had a long and happy career as an Oral Surgeon in Dubuque eventually retiring in 1990. In his retirement Jerry enjoyed traveling across the United States and abroad visiting and spending time with his family.
He is survived by his wife Judy Ziegenhorn; two sons Gene (Pam) Ziegenhorn and Joel (Anne) Ziegenhorn; five grandchildren Melissa Peters, Tara Torres, Nick Ziegenhorn, Leah Ziegenhorn, Aiden Ziegenhorn; five great-grandchildren Ava Torres, Maya Torres, Ellie Torres, Emilea Peters, and Ethan Peters. Jerry is also surved by his brother Garland Ziegenhorn and his sister Genneil Curphey.
He was preceded in death by his parents Forrest and Mildred; a brother Howard Ziegenhorn; and a sister Ruth Ann Austin.
All memorials can be directed to Hospice of Dubuque.
The family would like to thank Hospice of Dubuque and Dr. Ronald Schope for their care of Jerry.