To share your memory on the wall of Eric Abresch, sign in using one of the following options:

Funeral services will be held at 4:00 p.m. Friday, May 29, 2020 at the Egelhof, Siegert & Casper Westview Funeral Home and Crematory, 2659 JFK Rd. with Deacon Mike Ellis officiating. Burial will be in Resurrection Cemetery. Visitation will be from 2:00 p.m. until time of services Friday at the funeral home.

Eric was born on August 29, 1966 in Iowa City, IA, the son of David and Kay (Vorwald) Abresch. He graduated from Central Alternative high school and attended the University of Dubuque. Eric moved to Colorado and was employed in the meat processing industry. He later relocated to Buda, TX to join his brother Michael in the construction of cabinets. Eric has resided in Dubuque since 2011. He enjoyed biking, fishing and all subjects having to do with space science.

Surviving are his mother, Kay of Dubuque; his brother Michael (Ilda) Abresch of Buda, TX; his nephews Eric and Matthew Flores, Michael Abresch Jr. and David and Jacob Abresch; his niece Jessica Flores and many uncles and aunts.

He was preceded in death by his father, David and his brother Donald.

An Eric Abresch memorial fund has been established.
Read Less

To send flowers to the family or plant a tree in memory of Eric D Abresch, please visit our Heartfelt Sympathies Store.

Receive notifications about information and event scheduling for Eric

We encourage you to share your most beloved memories of Eric here, so that the family and other loved ones can always see it. You can upload cherished photographs, or share your favorite stories, and can even comment on those shared by others.

Guaranteed hand delivery by a local florist
B 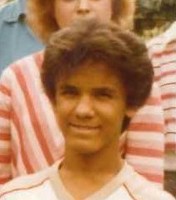