To share your memory on the wall of Harlan Petsche, sign in using one of the following options:

Provide comfort for the family of Harlan Petsche with a meaningful gesture of sympathy.

In accordance with current restrictions on public gatherings, private services will be held. Interment will be at St. John’s Catholic Cemete... Read More
Harlan E. Petsche, 88, of rural Epworth, passed away Thursday, May 14, 2020, at Luther Manor.

In accordance with current restrictions on public gatherings, private services will be held. Interment will be at St. John’s Catholic Cemetery, Centralia, with military honors accorded by the Iowa Army National Guard. Egelhof, Siegert & Casper Funeral Home and Crematory, 2659 John F. Kennedy Rd., Dubuque, is entrusted with arrangements. Online condolences and memories may be shared at www.egelhofsiegertcasper.com, and memorial cards mailed to the funeral home.

Harlan was born May 6, 1932 in Guttenberg, the son of Andrew and Gertrude (Miller) Petsche. He served his country as a radio operator with the United States Army during the Korean Conflict. Harlan was united in marriage to Jeannine R. Kratz on November 22, 1955 at Holy Trinity Catholic Church, Dubuque. Jeannine preceded him in death on July 26, 2017.

Harlan was an auto mechanic at first, and then he changed to working in construction. Together, he and Jeannine built homes and raised their son, Scott, before moving to their farm in rural Epworth, where they lived for 46 years. Harlan loved being back in the country. He enjoyed spending his time working outside and farming with Scott. He taught his granddaughters how to play card games and often played Solitaire in the evenings. He always had an interest in whatever activities his granddaughters were involved in. He was a beloved father and the best grandfather; generous and kind.

In addition to his wife, he was preceded in death by his parents; and his siblings, Leon, Marvin, Wilbur, and Elroy Petsche, Althea Freiburger, and Patricia in infancy.

Harlan’s family would like to thank Patrick and Wanda Petsche for all the friendship and support they provided to Harlan and Jeannine over the years. Thank you also to the nurses and staff at Luther Manor and Hospice of Dubuque.
Read Less

To send flowers to the family or plant a tree in memory of Harlan E. Petsche, please visit our Heartfelt Sympathies Store.

Receive notifications about information and event scheduling for Harlan

We have provided a digital copy (PDF) of the Memorial Program that we supply at the time of the service. To Download this file please click the filename below.

We encourage you to share your most beloved memories of Harlan here, so that the family and other loved ones can always see it. You can upload cherished photographs, or share your favorite stories, and can even comment on those shared by others. 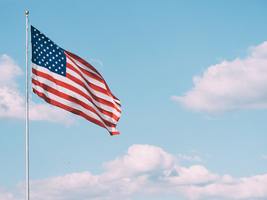 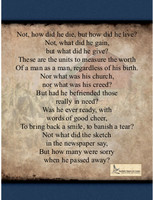