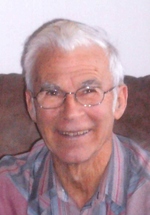 Herman farmed for many years on the family dairy farm in Sherrill. Along with Marie, he enjoyed dancing, including Polka, and was a member of the Gold Rush square dancing group.

In 2006, Herman met Lelah Peet, whose companionship he enjoyed until her passing in January of 2019. Herman and Lelah enjoyed vacationing in Mission, TX during winters. Herman was an avid recycler, and was devoted to cleaning up the beach at Finley’s Landing.

In addition to his wife, Herman was preceded in death by his parents; his sister Viola (Mick) Hefel; and two brothers, Lawrence Gansemer, and LaVerne in infancy.

In lieu of flowers, memorials will be accepted by the family for later donation to Herman’s favorite charities.

Herman’s family would like to thank the staff at Hawkeye Care Center and Hospice of Dubuque.