To share your memory on the wall of James Pattison, sign in using one of the following options:

Provide comfort for the family of James Pattison with a meaningful gesture of sympathy.

James Creagon Pattison was born on June 12, 1932 to James Sr. and Helen Pattison in Long Beach, California. Jim grew up on a ranch in Chino, California with his younger sister Bonnie. He graduated from Chino High School and then La Verne College, after his service in the United States Army during the Korean War. He married Verda Margaret Stroup on January 27, 1956. Jim and Verda celebrated their 64th wedding anniversary this past January.

Jim used his Business Degree from La Verne in his position as Bank Manager with First National Bank, as an independent agent with Farmers Insurance, and as a small business owner establishing two Mexican restaurants in Palm Springs, CA. He enjoyed traveling, volunteering with various Christian organizations and was involved in supporting Missions around the world.

He is survived by his wife, Verda of Dubuque; son David (Jane), son Tim (Michelle); daughter Tina Jensen (Steve) of Dubuque; sister Bonnie Teats and eight grandchildren.
He was preceded in death by son Michael.
The family would like to offer a special thank you to the caring staff at Stonehill Care Center.
Read Less 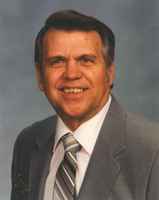 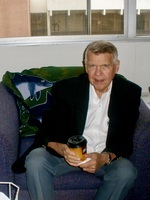