To share your memory on the wall of Janina Michalak, sign in using one of the following options:

In 1988 she purchased a motel near Elizabeth, Illinois, which her son Krzysztof managed for many years. She and the family visited on the weekends and helped with the motel business. In 2001 Kris moved to Dubuque and the business closed, but Janina returned often with the family on weekends to keep the place in repair. After Jacek’s death she retired from her work in Chicago and moved permanently to Elizabeth, where she lived until the weeks before her death, when she went to spend her final days at Kris’s home in Dubuque.

Janina was preceded in death by her parents, husbands, son Stefan, and infant daughter Krystyna. She is survived by siblings Edward and Stanisława; sons Ireneusz and Krzysztof; grandchildren Peter, Anita, Damian, Roksana, and Jessica; twelve great-grandchildren; and nieces, nephews, and other family members, many of whom still live in Poland.

To send flowers to the family or plant a tree in memory of Janina K Michalak (Kogut), please visit our Heartfelt Sympathies Store.

Receive notifications about information and event scheduling for Janina

We encourage you to share your most beloved memories of Janina here, so that the family and other loved ones can always see it. You can upload cherished photographs, or share your favorite stories, and can even comment on those shared by others. 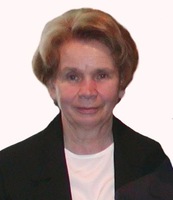