To share your memory on the wall of Joseph Kapler, sign in using one of the following options:

Provide comfort for the family of Joseph Kapler with a meaningful gesture of sympathy.

Dr. Kapler was born on March 13, 1924 in Cresco, Iowa, the son of Albert and Mary (Drilling) Kapler. As a young man, he worked on the family farm and became a skilled farmer. Upon on his 18th birthday, the U.S. Selective Service assigned him to work for two years on another farm in order to maintain wartime food production. He then attended Loras College and received a Bachelor of Science degree (1948). He later obtained a Master of Science from Marquette University (1953) and a Doctor of Philosophy from the University of Wisconsin (1958) and returned to Loras to rejoin the faculty. He married Helen Bamrick of Rockwell, Iowa in 1959 and raised their family at their home in Asbury, Iowa.

He retired in 1989 after 37 years of teaching in the Loras College biology department. During his tenure, Dr. Kapler was highly involved in many professional organizations and committees focusing the areas of phenology (the study of plant and animal life cycles) and entomology (the study of insects). He participated in the national research effort to stop the progression of Dutch Elm Disease in the 1960s and worked for years trying to save the majestic elm trees along Dubuque’s Rhomberg Avenue. He received the Loras College Distinguished Alumnus Award in 2005 and was a Professor Emeritus.

In 1967 Joe, Sr. and Helen purchased woodland in Jones County which became over the years a living laboratory for tree and habitat restoration, home to large family gardens, and a recreational get-away appreciated and enjoyed by generations of family and friends.

His children would like to thank those who helped Joe live healthy and comfortably the past few years. Alex, Kim and the entire Grand Meadows staff for the care given to their father. Hospice of Dubuque; especially his nurse Janette. Dr. Mark Runde and the staff at Medical Associates.

In lieu of flowers, a memorial fund has been established in Dr. Kapler’s name.
Read Less

To send flowers to the family or plant a tree in memory of Joseph E Kapler, please visit our Heartfelt Sympathies Store.

Receive notifications about information and event scheduling for Joseph

We encourage you to share your most beloved memories of Joseph here, so that the family and other loved ones can always see it. You can upload cherished photographs, or share your favorite stories, and can even comment on those shared by others. 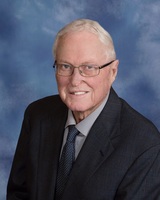