To share your memory on the wall of Mable Boelk, sign in using one of the following options:

Provide comfort for the family of Mable Boelk with a meaningful gesture of sympathy.

In accordance with state and federal guidance on gatherings during the COVID-19 pandemic, the family wil... Read More
Mable L. (Wood) Boelk, 88, of Dubuque was called to her heavenly home on March 28, 2020 at Care Initiatives Dubuque Specialty Care.

In accordance with state and federal guidance on gatherings during the COVID-19 pandemic, the family will not be having a public service at this time. Memorial services will be held at a later date, and will be announced. Egelhof, Siegert & Casper Funeral Home and Crematory, 2659 JFK Rd., Dubuque, is entrusted with arrangements.

Mable was born to Thomas and Ethel Wood in Markdale, Ontario, Canada on August 15, 1931. She was a proud Canadian Citizen and became a permanent resident of the United States in the mid 1960’s.
She married Robert Boelk on January 2, 1982 after meeting at the Nazarene Church in Dubuque.

Mable worked in the appliance department at Montgomery Ward for several years. She then joined Bob as owner/operator of the Christian Book Center from 1982-2006. After closing the book store she dedicated her time serving others at Home Instead Senior Care.

Mable’s greatest treasures were her family and faith. She and her husband, Bob were very involved at GracePoint Church. They also loved to travel near and far. They could often be found attending stock car races or music festivals in the area. They were active members of the Key City Sams camping club and looked forward to camping season each year.

Together they also made many trips to Canada so she could visit her family. Music, Canadian Euchre card games and laughter were always a big part of those trips lasting late into the evening.
Over the years there were many trips to special events for their children and grandchildren. She thoroughly enjoyed spending time with her family and kept in close contact with the ones out of town. She never missed sending a card for any holiday or birthday. There was never any doubt that she greatly treasured all of her family members. Of all the memories shared Mable will always be remembered for her bright smile, sweet spirit, love for children and her strong faith.

Memorials may be given to GracePoint Church, Hospice of Dubuque or the Alzheimer’s Association.
Please leave an online condolence for the family at www.egelhofsiegertcasper.com
Read Less

Receive notifications about information and event scheduling for Mable

There are no events scheduled. You can still show your support by sending flowers directly to the family, or planting a memorial tree in memory of Mable L. Boelk.
Plant a Tree

We encourage you to share your most beloved memories of Mable here, so that the family and other loved ones can always see it. You can upload cherished photographs, or share your favorite stories, and can even comment on those shared by others.

Posted Apr 06, 2020 at 06:00pm
Mable was a precious soul and a dear friend. I often met her for breakfast at Country Kitchen for a time of prayer and sharing. She was a true and worthy spiritual mentor for me, and I cherish those memories of our times together. She will be missed by all who loved her but is perfectly suited for the life she is living now. What more can be said?
Comment Share
Share via:
ND

Posted Apr 05, 2020 at 02:11am
I remember meeting Mable at the Christian Book store. She and Bob were always so helpful, especially if it had to do with Ecumenical Emmaus at St. John's Episcopal Church. Many of us were pretty regular customers and we were very sad to see them retire from the store. Bob, you and your family are in my prayers. May God's love and peace bring you comfort.
God bless,
Nancy Davis
Comment Share
Share via:
KB

Posted Apr 01, 2020 at 12:02pm
Our deepest sympathy to you Bob and your family!
We are sad to hear about Mabel's passing. Mabel always had a beautiful smile while she was working away at her various tasks at church. She also was the sweetest Sunday School teacher to all of our children! Again, our deepest sympathy! May you find happy thoughts that bring smiles into you heart!
In Him,
Jerry and Kim Bell
Jerry and Kim Bell
Comment Share
Share via:
KR

Posted Mar 30, 2020 at 05:25pm
I am so sorry for your loss Bob. Mable was always so sweet. My sympathies to you and your family. Kim Ronek
Comment Share
Share via:
SB 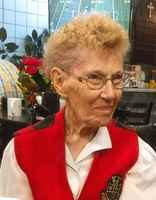 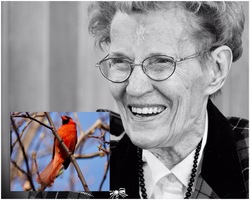