To share your memory on the wall of Marvin Leslein, sign in using one of the following options:

Provide comfort for the family of Marvin Leslein with a meaningful gesture of sympathy.

Marvin was born to John and Angeline (Broessel) Leslein on May 29, 1927 in Dubuque County. He married Marilyn Kerth on January 4, 1947 at Immanuel Church in Dubuque, and she preceded him in death on February 17, 2015.

He was employed at John Deere Dubuque Works as a Mechanic/Inspector for 38 years. He was known to be a practical joker, always laughing with his many friends. He was an avid collector of old-time radios, and spent much time recording old shows on reel to reel tapes.

He also enjoyed hunting and fishing, and researching his ancestry. After retirement you would find him in his motorhome with Marilyn during which time they would go antiquing for cookie jars (for Marilyn) and radios (for his own collection).

Marvin was the best husband, father, grandfather and brother that anyone could ask for and will be greatly missed.

Surviving are two of his children, Cynthia Leslein, of Dubuque, and Randall Leslein of Rice Lake, WI; his grandchildren, Brooke (Todd) Gassman and Justin Leslein; and three great-grandchildren.

In addition to his wife, Marvin was proceeded in death by his parents; his son, David Leslein; his twin brother Melvin (Carmen) Leslein; and his brother Eldon (Virginia) Leslein.
Read Less

We encourage you to share your most beloved memories of Marvin here, so that the family and other loved ones can always see it. You can upload cherished photographs, or share your favorite stories, and can even comment on those shared by others.

Posted Sep 08, 2019 at 06:26pm
Randy and Cynthia , So sorry for your loss . If you need anything at all please don’t hesitate to let us know . You are in our thoughts and our prayers . Love always , Jay and Carolyn Gottschalk
Comment Share
Share via:
BC

Posted Sep 08, 2019 at 01:16pm
Marvin & Melvin had the same characteristics I wish their family my sympathy & hope Marvin got my Leslein research. Carmen was my first cousin MaryMom

Posted Sep 08, 2019 at 09:41am
I'm so sorry to see that Uncle Marv passed away. Cindy and Randy you are in my thoughts and prayers.
Comment Share
Share via:
WA

My sympathies Cynthia and Randy. Great Uncle Marv will be in my memories always. 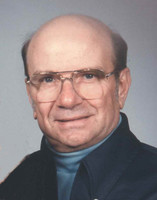