To share your memory on the wall of Michael Blum, Sr., sign in using one of the following options:

Provide comfort for the family of Michael Blum, Sr. with a meaningful gesture of sympathy.

Susan Schwartz and Angie Iuzzolino have sent flowers to the family of Michael E Blum, Sr. (Blum).
Show you care by sending flowers

Nancy and I wish to express our sympathy at the loss of your father and grandfather. A life well spent nuturing family by acts and deeds. Everyone is in our thoughts and prayers in this time of need.

Posted Dec 06, 2019 at 05:11pm
Hi Mickey it's your LiL Buddy Chipper (Dale Kleinschrodt) When we last seen each other in April this year a hand shake we both said no and a very heartfelt hug we had. Over the years working together you took me under your wing and taught me so much. Away from work we did a lot of fishing and hunting and enjoyed life. As co worker I could not ask for anyone better to learn from. As a friend WOW super great is all I can say. I have a Sad Joy in my heart. Sad that you are no longer with us and a Joy of having you in my life. I will cherish my memory of our times together.
Esther my deepest sympathy to you and your family.
Comment Share
Share via:
AI 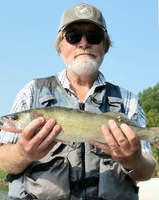 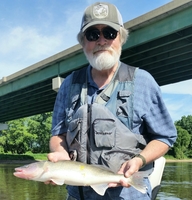