To share your memory on the wall of Steven Burgess, sign in using one of the following options:

Steve was born July 22, 1952 in Dubuque, the son of Harold W. and Dorothy M. (Weber) Burgess. He graduated from Wahlert High School. Steve married his childhood sweetheart, Linda Brimeyer, on June 25, 1971 at Holy Ghost Catholic Church, Dubuque. He was employed as Produce Manager at Eagle’s Grocery, retiring after 30 years. Following retirement, he worked at HyVee.

Steve was a generous loving father, husband, and grandfather and a loyal friend to many. He possessed an unmatched competitive spirit and highly valued the camaraderie of team sports. He was a top bowler in the Dubuque area over the last 50 years, played softball into his 40’s, and was an avid fisherman, amassing countless accolades and awards over the years. He was a masterful euchre and hearts player and rooted passionately for the Chicago White Sox and Green Bay Packers.

He was preceded in death by his parents; and his brother, William “Billy B” Burgess.

The family would like to extend its heartfelt gratitude to the amazing staff of Hospice of Dubuque; Dr. Mark Hermann and Tony Heiar ARNP.

Memorials may be made to the Steven J. Burgess Memorial Fund.
Read Less

To send flowers to the family or plant a tree in memory of Steven J. Burgess, please visit our Heartfelt Sympathies Store.

Receive notifications about information and event scheduling for Steven

We encourage you to share your most beloved memories of Steven here, so that the family and other loved ones can always see it. You can upload cherished photographs, or share your favorite stories, and can even comment on those shared by others.

Posted Dec 13, 2019 at 04:34pm
I have many great memories of Steve. He never was able to get me to hit the cut-off man. He was one of the most patient, friendly and respected men I have known.

Thank you Wray. Steve spoke of the old softball days often. In fact, we found old baseball average sheets and displayed them.
CF 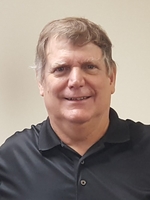 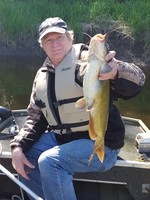