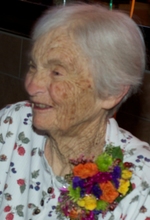 Susan Valeria Campbell, 95, of Houston, Texas, formerly of Dubuque, Iowa passed away on Sunday April 28, 2019 in Houston. Graveside committal services will be held on Saturday May 11, 2019 at 11:00 a.m. at Linwood cemetery in Dubuque.
Susan was born June 19, 1923 in Dubuque, Iowa, the daughter of Franc and Helen (Collier) Altman. She married R. Lyndsay Campbell on December 7, 1950; he preceded her in death. Susan graduated from Senior High School in Dubuque and received her bachelor’s degree in Nursing from Northwestern University. She was an active supporter of the Clearwater Camp for Girls in Minocqua, Wisconsin, the Memorial Associated Ministries of Houston, Texas and Nuestros Pequeños Hermanos (Our Little Brothers and Sisters), sponsoring many children through NPH. She was a long-time member of First Congregational Church in Dubuque and of First Congregational Church in Houston, Texas. After moving to Houston in 1962, she returned to Dubuque every summer from 1966 through 2016.
Survivors include her sons Robert L. Campbell of Clemson, South Carolina, James T. Campbell of Houston, Texas, David M. Campbell of Suffern, New York and Ian C. Campbell of Los Angeles, California; she is also survived by four grandchildren.
She was preceded in death by her infant son Robert Collier Campbell, her brother F. Collier Altman, and her husband R. Lyndsay Campbell.
In lieu of flowers, donations may be made in Susan Campbell’s memory to NPH USA, 134 North La Salle Street, Suite 500, Chicago IL 60602-1036.