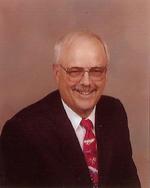 Wallace Adam “Wally” Pensel, 83, of East Dubuque, Illinois, danced his way to heaven on Tuesday, July 16, 2019. Wally was born March 26, 1936, he was the oldest of three children to Edgar and Marie (Handke) Pensel. After graduating from Colesburg High School in 1953, he served in the US Army from 1954 to 1956 and was stationed in Germany.
On June 20,1959 he married Janet Angell. She preceded him in death in 1982. Later in life, he met Faye Warne. They married and started a new venture on February 14, 2008.
Wally worked at John Deere Dubuque Works, first on the line, then as an inspector, retiring in 1988. After retirement, he helped his nephew work on the farm.
He was an avid classic car collector and enthusiast, belonging to the Cedar Rapids Car Club for 20 years and Gary’s Graffitti Cruisers for 30 years, participating in hundreds of shows and cruises. He enjoyed going dancing and kicking up his heels, as well as taking in the sites while travelling.
He and Faye also loved tending to their beautiful farmette in Livingston, WI where they could sit and look at the stars while overlooking the lake from the light house, or be found puttering around on his tractors or 4-wheeler.
Family was important to Wally, he loved visiting with all of his nieces, nephews, children, step-children, and he loved his grandchildren greatly. Whenever they would give him a hug, he’d ask them to “give me a big squeeze”. Then add, “make it a little tighter”.
Faith was also important to Wally, and he was a member of Our Redeemer Lutheran Church where he spent many years as a trustee.
Wally was even a movie star! He was an extra in the filming of the movie “Field of Dreams”.
A common theme when Wally’s name is brought up, is hearing about his kind, giving, and patient demeanor along with being the first to crack a joke and enjoy a good laugh. Everyone that knew him truly was blessed for having him in their life.
Wally is survived by his wife, Faye (Warne) Pensel of East Dubuque; two sons, Kenneth W. Pensel of Columbus Junction and Gary L. (Rita) Pensel of Dubuque; three stepsons, Eldon L. (Vicki) Warne of Livingston, WI, Scott D. Warne of McFarland, WI and Randy L. (Nikki) Warne of Livingston, WI; nine grandchildren, six great grandchildren and several nieces and nephews. He is also survived by a brother in law, Burnell Smith and three sisters in law, Jean Pensel, Jan Johnsen, and Juanita Hargrave.
He was preceded in death by his parents, a sister, Sharon Smith and a brother, Kermit Pensel.
Visitation will be held from 2 to 6 pm Sunday at the Egelhof, Siegert and Casper Westview Funeral Home and Crematory, 2659 Kennedy Road. Funeral services will be held 10:30 a.m. Monday at Our Redeemer Lutheran Church where visitation will also be held Monday from 9:30 a.m. to 10:15 a.m. Burial will be in Linwood Cemetery where military rites will be accorded by the Dubuque American Legion Post #6.
A Wallace Pensel Memorial Fund has been established.