To share your memory on the wall of Hedwig "Pat" Van Milligen, sign in using one of the following options:

Print
Hedwig “Pat” Van Milligen (nee Pienczykowski) of Stonehill Care Center, formerly of Lansing, Illinois passed away on September 26, 2019. Pat was 99 and was born on January 23, 1920 in Erie, Pennsylvania as a first generation American.

Hedwig “Pat” Van Milligen (nee Pienczykowski) of Stonehill Care Center, formerly of Lansing, Illinois passed away on September 26, 2019. Pat was 99 and was born on January 23, 1920 in Erie, Pennsylvania as a first generation American.

Services will be held at a later date. Castle Hills Funeral Home in Calumet City, Illinois is in charge of arrangements.Our Mother was a part of the “Greatest Generation.” She grew up during the Great Depression with a Mother and a Father who were from Poland and spoke broken English at a time when the safety nets of today did not exist. The first language in their home was Polish and at the public grade school she attended in Erie teachers taught in Polish and English. When she was born her Grandmother, who had been a medical doctor in Poland, delivered her at home as a midwife.

After high school she worked the assembly line at General Electric and as a Sales Clerk at Sherman Dress Shop. At night she went to Erie Commercial College to become a Stenographer. In 1943 she joined the Women’s Army Corps (WAC) the Women’s Branch of the United States Army. She rose to the rank of Corporal before being honorably discharged in November, 1945. Mom had secret clearance as she worked as a Signal Message Center Clerk in an active war zone in New Guinea in the Pacific Theater. She was authorized to wear several medals and ribbons, including the Asiatic Pacific Service Medal with one Bronze Star. When President Truman was personally calling military commanders in the Pacific Theater to tell them the Japanese had surrendered Mom took one of those calls and spoke to President Truman. Our Dad, Al Van Milligen, was a Captain fighting in the Battle of the Admiralties when injured and temporarily assigned a desk job and met Mom, who would be delivering the incoming messages to him.

Their first date was New Year’s Eve 1944 in New Guinea. They celebrated their 70th wedding anniversary at Assisi Village in 2016, shortly before Dad passed away at 94. They were fortunate to attend one of the Dubuque Honor Flights to the World War II Memorial in Washington D.C. with their son, James, a Vietnam Veteran and his wife, Mary, accompanying them.They raised 6 children in a Chicago suburb, Lansing, Illinois, in a 2 bedroom house with one bathroom. Along the way our Aunt, Grandmother and Great Uncle lived with us at different times for as long as 7 years. Mom was always taking people in whether it was “babysitting” or having military people over for holiday meals because they were at Fort Sheridan or Great Lakes Naval Station and could not go home for the holidays.Mom enjoyed playing cards, Bridge and Pinochle, and there were many a card party at our house. It seems she volunteered at every event ever held at St. Ann Parish and School. Her prized apple pie was the hit of many a parish picnic. Mom never had a drivers license walking and riding her bike everywhere she went.Mom loved to dance and was the jitterbug champion at Fort Benning, Georgia and in several clubs in New York and Chicago. When the ships would come into harbor in New Guinea Mom would go to the service club and the boys would be lined up around the building as she would dance one dance with each one until exhaustion set in. Many a Mother wrote her a letter saying their son had written to them talking about the angel who helped them forget about the war for just those few minutes. One soldier named his jeep after her.

Surviving are six children: Cornelius Van Milligen of Utica, Kentucky, who served as a Tank Commander Army Captain like his Dad; James Van Milligen (Mary), of Wichita, Kansas, who served as a Medic in the Vietnam War; Tish Aguilar of Lansing, Illinois (Tish was able to help keep our parents in their home for years beyond what they could have done on their own); David (Kathie) Van Milligen of Pewaukee, Wisconsin (David spent the last four summers in Dubuque visiting at Stonehill all day, every day); Joy Knollenberg (Terry) of Manito, Illinois; and Michael Van Milligen (Nancy) of Dubuque, Iowa; 14 grandchildren, 29 great-grandchildren and 2 great-great grandchildren.

“We have shared the incommunicable experience of war; we have felt, we still feel, the passion of life to its top. In our youth, our hearts were touched by fire.” Oliver Wendell Holmes.

The family would like to thank the wonderful caregivers at Stonehill (Mom’s home for the last 3 years), Hospice of Dubuque, Assisi Village, Medical Associates and Mercy Hospital for providing Mom the friendship, care and dignity she so richly deserved. They are truly Angels.
Read Less

There are no events scheduled. You can still show your support by sending flowers directly to the family, or planting a memorial tree in memory of Hedwig "Pat" Van Milligen.
Plant a Tree

We encourage you to share your most beloved memories of Hedwig "Pat" here, so that the family and other loved ones can always see it. You can upload cherished photographs, or share your favorite stories, and can even comment on those shared by others.

Posted Oct 04, 2019 at 12:38pm
Mike and Nancy, please know we are holding you and your family in our prayers. Thank you for sharing your mothers beautiful story. What an amazing life she lived! God bless, Todd and Karen Tuecke
Comment Share
Share via:
JH

Posted Oct 03, 2019 at 07:17am
We have never met you or your Mom, but what a beautiful story you told of her life. She was indeed a member of the "greatest generation" and how wonderful it was that you were able to write such a beautiful obituary. Her grand children and great grandchildren and all generations to follow will treasure this story. My husband was an Air Force officer for twenty years, so we know about the travels, meeting new people, welcoming them into our home for holidays, and have never regretted a minute of those years. Our deepest sympathy to all of her family. Jerry and Kay Holtz, Ocean Springs, Ms.
Comment Share
Share via: 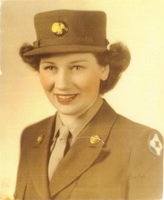