To share your memory on the wall of Herman Gorton, sign in using one of the following options:


Dad was born July 23, 1931, the seventh of eight sons, in Moffat County, CO, where his father had homesteaded before moving to Wilson County, KS. Dad grew up living a farming life, an integral part of his identity, and we often heard tales from his youth about raising cattle and harvesting crops. In those days nearly everything they needed was produced on the farm so Dad said they never felt the shortages often associated with the Great Depression and WWII years.


After graduating from high school in 1949, Dad served in the US Army during the Korean Conflict and later graduated from Kansas State University in 1957 with a degree in Agricultural Engineering. He was recruited immediately by John Deere, initially working at the East Moline, IL, plant, before moving to the Dubuque Works. While still living in the Quad Cities he met Florence Hintermeister on a blind date and the two were married on July 15, 1961. They were long-time members of Grandview Avenue United Methodist Church, later named Grand View United Methodist Church, both in Dubuque.


Dad loved to tinker and fix things. He enjoyed going to auctions and would often return home with ‘repairable’ treasures that he obtained for a really good price. Some things would get fixed and put into service or provide repair components for other projects or for one of his custom-engineered labor-saving inventions. Among his continuously evolving projects was his quest to defend his bird feeders from squirrels. Sometimes this took on an American Ninja Warrior-like quality where the feeders were protected by obstacle courses of various spinners, sliders and baffles so that any squirrel determined to get to the seeds would really have to earn it.


Dad is preceded in death by his wife, Flo, who passed away in 2003. Of his five siblings who survived to adulthood, Archie, the oldest, was killed in action during WWII, while, sadly, his brothers John, Ray and Lloyd also recently passed away in August, 2019, May, 2020, and June, 2020, respectively.

In lieu of flowers, memorials a Herman C. Gorton memorial fund has been established.
Read Less

To send flowers to the family or plant a tree in memory of Herman Gorton, please visit our Heartfelt Sympathies Store.

Receive notifications about information and event scheduling for Herman

We encourage you to share your most beloved memories of Herman here, so that the family and other loved ones can always see it. You can upload cherished photographs, or share your favorite stories, and can even comment on those shared by others.

Posted Jul 21, 2020 at 01:26pm
You are in our thoughts and prayers. Love Uncle Carl, Richard and Diane, Don and Jill, Becky and Jeffrey, Sandra, Larry and Sandy.

Blooming Garden Basket was purchased and planted a memorial tree for the family of Herman Gorton. Send Flowers

Posted Jul 17, 2020 at 10:11pm
So sorry for your loss. Your Dad was a wonderful neighbor as was the rest of your family for many years. He always had a smile and a big hello for everyone. I was the lucky one chosen to babysit you kids from the time you were babies and your Dad along with your Mom always made me feel a part of the family and I loved the family very much. Your Dad will be missed by me when I come to Dubuque as I would always get a hi Kim followed by a hug. I will hold the memmories close in my heart of your Dad, Mom and all of you kids.
Rest in Peace Herman 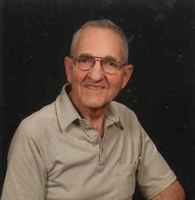