To share your memory on the wall of Peter Butler, sign in using one of the following options:

Peter was born February 25, 1934 in Dubuque, IA, son of Ellis and Barbara White (Cottingham) Butler. He graduated from Dubuque Senior High School and attended Southern Methodist University, where he was on their NCAA championship golf team.

He served in the US Army from 1956 to 1958. While stationed in Germany, Peter won the Berlin Open golf tournament. Back home, Peter’s love of golf continued throughout his life; winning many tournaments, including DGCC men’s golf championships.

Peter loved to travel, particularly enjoying train travel out west with Mary, Peter, and Paul. He almost always took his golf clubs along to play the many renowned golf courses across our country. One of his favorites was at Spring Green, WI. His love of golf eventually drew him to Pebble Beach, CA, where he lived for many years overlooking his beloved golf course next to Carmel Bay. Mary often joined Peter on the golf course by putting when they reached each green. Peter had a passion for all things golf.

He married Mary Rosalie Fluckiger on November 14, 1959 in Dubuque, IA. They had two children; Peter Butler II, and Paul Butler.

Peter was very proud of his family and loved spending time with Mary, their kids, and grandkids. They were a big part of his life.

Peter began his insurance career at Cottingham & Butler, joining his father, Ellis, and brother, John. He later founded Butler Services Co., specializing in the growing niche of Poultry Insurance. Peter helped support many local organizations, including Finley Hospital, the University of Dubuque and the United Way.

While at Luther Manor, it gave Peter great pleasure to bring happiness to his fellow residents, especially his lifelong friend Gene Gordon. His smile and warm personality lit up a room.

He was preceded in death by his parents; Ellis and Barbara Butler; and in-laws, Frank and Bernice Fluckiger.

Memorials for Peter may be sent to the Finley Health Foundation and Luther Manor Communities.

Our family wants to extend our gratitude and thanks to Luther Manor for the professional and highly trained staff who compassionately assisted Peter in the last two years of his life. They realize we are living through a very difficult time and took every precaution necessary to ensure the nurturing care and safety of Peter.

We want to thank Hospice, who supported Peter and counseled his family during the final days of his life.

To plant a memorial tree in honor of Peter Butler, please visit our Heartfelt Sympathies Store.

Receive notifications about information and event scheduling for Peter

There are no events scheduled. You can still show your support by sending flowers directly to the family, or planting a memorial tree in memory of Peter Butler.
Plant a Tree

We encourage you to share your most beloved memories of Peter here, so that the family and other loved ones can always see it. You can upload cherished photographs, or share your favorite stories, and can even comment on those shared by others.

Plant a Tree in Memory of Peter
Plant a tree 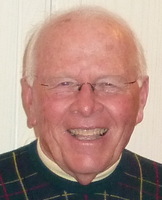