To share your memory on the wall of Raymond Scherrman, sign in using one of the following options:

Ray was born on June 19, 1930 in Farley, Iowa, the son of Joseph and Marie (Carden)
Scherrman. He graduated from St. Joseph’s High School in Farley in 1948. Raymond served in
the U.S. Army, Heavy Mortar Company 5 th Regimental Combat team during the Korean Conflict from 1952-1954. On November 20, 1954, he was united in marriage to Pearl McBride at St. Joseph’s Church in Farley.

After returning from the service he farmed north of Farley and ran an excavating business.
From 1972-1976, he served on the Dubuque County Board of Supervisors. From 1976-1983, he
worked at J.P. Scherrman Implement, a business founded by his father. In 1983, he became the
Secondary Road Maintenance Manager for the Dubuque County Highway Department, where
he worked until his retirement in 2005. Raymond was active in his community throughout his
life, serving on multiple boards and organizations over the years. Ray was a member and past
commander for the Scherrman Peterson American Legion Post 0656. He was a founding
member of the Western Dubuque School Board and served from 1960-1972, having previously
served on the Farley Public School Board. He served on the Draft Board, Dubuque County
Mental Health Board, Camp Albrecht Acres, the Farley State Bank Board of Directors, the Farley
Park Board, Western Dubuque Band Parents Association, Crime Stoppers, and the Dubuque
County Democratic Party.

The Scherrman family wishes to extend a special thank you to the nurses and staff at Hawkeye
Care Center and to Dr. Mark Moore and his staff for their wonderful care and support.

Those wishing to send memorials in Ray’s name may do so to either the Veteran’s Freedom
Center in Dubuque or the Farley Fire and EMS.
Read Less

Receive notifications about information and event scheduling for Raymond

There are no events scheduled. You can still show your support by sending flowers directly to the family, or planting a memorial tree in memory of Raymond J. "Ray" Scherrman.
Plant a Tree

We encourage you to share your most beloved memories of Raymond here, so that the family and other loved ones can always see it. You can upload cherished photographs, or share your favorite stories, and can even comment on those shared by others.

Posted Apr 15, 2020 at 03:14pm
Carol and family,
I am so sorry to hear of the passing of your father. I remember you talking about him quite often when we worked together so I know how special he was. By his obituary he lived an amazing life of service to others. May he rest easy in heaven.

Our sympathy goes out to all of you at this time. It is trying times for all of us right now but in the loss of a loved one, may you know that you are in our thoughts and prayers. May you find comfort in the days ahead when sharing memories of Ray.

Posted Apr 11, 2020 at 05:10pm
Raymond was an amazing and kind-hearted, inclusive man who always had a good tale to tell-or four! I will miss him as my surrogate father who generously and unquestioningly treated me as one of his own. Unfailingly generous, funny, warm, and always interested in the people around him, he treated every person around him as someone of genuine value. No doubt he is busy regaling tales to those on the Other Side. If the true measure of a person is how they treat those from whom they gain nothing, then Raymond was a giant. I will always treasure his friendship and how he made me feel special and wonderful, even when I didn't feel that way. Godspeed to you, Raymond. Fly high and unfettered. Catherine Caitlin
Comment Share
Share via: 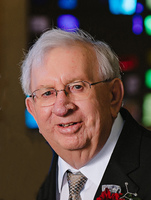 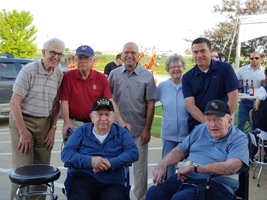