To share your memory on the wall of Richard Spangler, sign in using one of the following options:

Provide comfort for the family of Richard Spangler with a meaningful gesture of sympathy.

We encourage you to share your most beloved memories of Richard here, so that the family and other loved ones can always see it. You can upload cherished photographs, or share your favorite stories, and can even comment on those shared by others.

Posted Jan 23, 2020 at 08:52am
My sympathy to all of the Spangler family! May all of the memories you have with him bring you peace, comfort and laughter again. He’s now with Elaine and even mentioning her name puts a smile on my face. It was through John, Jane and your mom that I knew your family and wanted to send you my sympathy on your loss. Hugs to all❤️ Marla Leibfried
Comment Share
Share via:
S 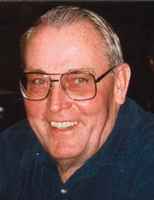