To share your memory on the wall of William Collings, sign in using one of the following options:

Friends may call from 10 to 11 a.m. Saturday, December 14, at First Congregational United Church of Christ, 255 West 10th Street, Dubuque. Funeral services will immediately follow at 11 a.m. Burial will be at 2 p.m. Saturday in Linwood Cemetery chapel, with military rites accorded by the Dubuque Marine Corps League. The Egelhof, Siegert & Casper Funeral Home and Crematory, 2659 JFK Road is entrusted with arrangements.

William N. Collings was born on March 23, 1929 at Finley Hospital in Dubuque, son of William H. Collings and Maud E. (Nieter) Collings. Bill earned his Baccalaureate and Law Degree from Northwestern University in Chicago. Following graduation from Law School, he served in the U.S. Navy as a Navy Air Intelligence Officer aboard the aircraft carrier, Coral Sea, in the Mediterranean. After his honorable service to the Navy, Bill enjoyed a long and successful career with Chicago Title Insurance Company for 43 years as a title examiner. He juggled dual residency between Chicago and Dubuque, returning home to Dubuque each weekend to serve as organist for First Congregational United Church of Christ.

Bill loved Christian music, classical music, and he especially loved organ music. He became an accomplished organist and served First Congregational UCC from 1966 to 2007 where he was a faithful member. He was a member of the Organ Guild, American Legion, Masonic Lodge #125, the Shriners, and was an active member of two different Bible study groups.

Bill touched many lives and will be remembered for many unique gifts, talents and interests. His many Bible study friends will remember him as a scholar of the Bible. His faith was mighty, and he found great comfort and inner strength throughout his lifetime attained through his devout faith life. Bill was known as a scholarly man, full of knowledge, and willing to share his wisdom with everyone. His favorite subjects were history, religion, and words. He mastered the game of Scrabble and loved the challenge of a good competitive game with several “Scrabble friends.” Many called him a “Walking Dictionary.” Bill prided himself on living a very healthy life, but he was known to overindulge on chocolate.

He was preceded in death by his parents, a special aunt, Ida Collings, and many relatives and friends. William was a descendant of 1850 settlers to Dubuque County. He is survived by his cousin and confidant, Burnell Smith (Karen), special friend Lori Meyer (family) and many relatives and friends. He will forever be remembered and greatly missed by many.

Memorials may be given to First Congregational United Church of Christ.
Read Less

There are no events scheduled. You can still show your support by sending flowers directly to the family, or planting a memorial tree in memory of William N Collings.
Plant a Tree

We encourage you to share your most beloved memories of William here, so that the family and other loved ones can always see it. You can upload cherished photographs, or share your favorite stories, and can even comment on those shared by others.

Plant a Tree in Memory of William
Plant a tree 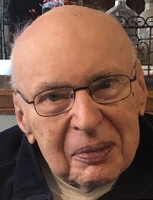