To share your memory on the wall of Steven Mosiman, sign in using one of the following options:

Provide comfort for the family of Steven Mosiman with a meaningful gesture of sympathy.

To send flowers to the family or plant a tree in memory of Steven E Mosiman, please visit our Heartfelt Sympathies Store.

Receive notifications about information and event scheduling for Steven

We encourage you to share your most beloved memories of Steven here, so that the family and other loved ones can always see it. You can upload cherished photographs, or share your favorite stories, and can even comment on those shared by others.

Jim, Deb, Darcie and Mike sent flowers to the family of Steven E Mosiman.
Show you care by sending flowers

Posted Apr 02, 2019 at 12:29pm
Sending my love and prayers to the family. I worked as a caregiver for Steve, he was an amazing person.
Comment Share
Share via:
CJ

Posted Mar 31, 2019 at 09:17am
Michael, David, and members of the Mosiman family,
We offer our sympathy over your great loss. We will always cherish the lunch we shared with Steve, Beryl and her daughter on March 19. It was a reminder of the many, many lunches he shared with faculty members of the Science and Mathematics Departments in the Science Building at Loras College. During the last meal that we shared with him he still engaged in intelligent conversation with his usual bits of his humor. He made many contributions to Loras College through his teaching abilities in Mathematics and Computer Science manifested in his interest in the success of his students. His heart certainly was invested in Loras College. We admired his love for his family, especially his care for Dee and his spectacular wood working and electrical wiring skills. May he rest in peace.
Carol and Joe Schaefer 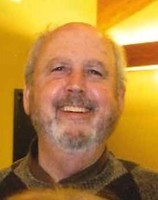